Enter your City name or Pincode

Sambhal is a small town but has its fair share of tourist spots that one can visit to get an insight into the town’s glorious past and colourful present. Religion weighs heavy in this small town and it is hence thickly laden with mosques and temples aplenty. Some of these monuments are as old as time itself and have stayed the same for several centuries efficiently withstanding the test of time.

The first ever Babri Masjid to have built stands tall in the town of Sambhal, making it a true testament of how the Mughals had a lasting bearing on the shaping up of this small town. Sambhal also has the famous Kalki Vishnu Mandir whose entrance reads “Pracheen Sri Kalki Vishnu Mandir” meaning the ancient Vishnu Temple.

Let’s take a look at these tourist spots in detail. 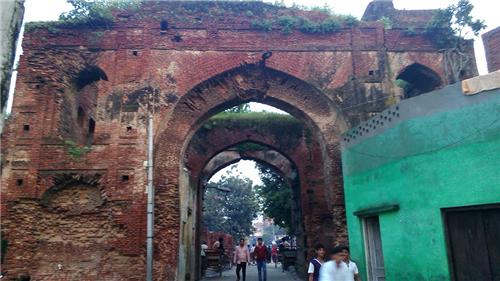 In general norm, towns that were once occupied by emperors and rulers are sure to have forts that they would have used as hideaways, to keep safe from their enemies and store their weaponry. And it is no different in Sambhal, since this town once saw a slew of rulers who made the town their capital. It now boasts of a couple of ramshackled forts that serve as trade centres.

One famous fort is said to have been built around 400 years back by the then nawab of Sambhal. This particular fort has both Mughal and Irani style of architecture. Inspite of its age, the locals have maintained it well and one can still see its various intricate designs and solid brick walls that might carry a few scars owing to facing hundreds of years of bad weather conditions, but is overall still in good shape. The fort now houses a mosque (masjid) and a mehman khana (guest houses).

A couple of tall fort entrance-like structures stand before the main railway station that look regal and command instant attention. They remind one of the Roman style of architecture. Passing through these gates will surely make you feel like royalty.

This fort, therefore, exudes an old-world-charm and definitely deserves a visit. 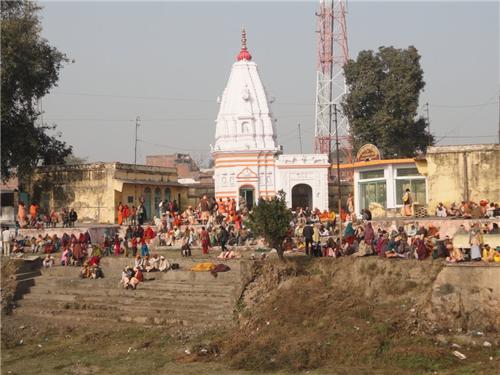 This is a very popular temple in Sambhal. The Manokamna Mandir houses the samadhi or the final place of rest of Baba Ram Mani. Baba Ram Mani is considered to be a great saint by the locals and he is said to have cured people of many illnesses and lived the life of a selfless and an extremely kind being. Several legends are associated with Baba Mani such as the stories of how he was capable of being in two places at the same time and is considered by many as being a messenger of God. He is said to have appeared whenever one of his devotees was in need of help and was widely worshipped as a sadaguru.

His samadhi is now visited by hundreds of people from far and wide, on a daily basis, to offer prayers and wish for a boon.

The temple complex also includes a pond that is surrounded by several other small temples such as the Hanuman Mandir, the Ram Sita Mandir and the Deviji Mandir. One can, therefore, visit all these temples at one go.

Every year, a big ‘bhandara’ takes place at the temple to honour the life and times of Baba Ram Mani where people throng to take part in it. It is held on the 8th of January every year and one can plan their trip to Sambhal accordingly to coincide with this event and take part in the bhandara.

Right from his first avatar viz. Vaman avatar and leading up to his last avatar viz. Buddha, he is said to have walked on Earth during one yuga (epoch) or the other and brought about deliverance to all the deserving people in the world. It might sound a bit mythical but the belief is still very much rife and Lord Vishnu is still devotedly worshipped, all across the world, as he is said to don his tenth incarnation called ‘Sri Kalki’ avatar, very soon.

He will apparently take on this avatar by taking birth in the town of Sambhal and put an end to all the evils of Kalyuga and usher in deliverance. This event is said to have been predicted a very long time back by historical soothsayers and is included in the Hindu epic, Mahabharata. In this avatar, Vishnu is shown to be riding a white horse and wielding a sword in the air in order to effectively wipe out all the evils from this world.

This Kalki Vishnu Temple was one of the first ones to be built in India and is a place that houses immense sanctity and great religious significance. 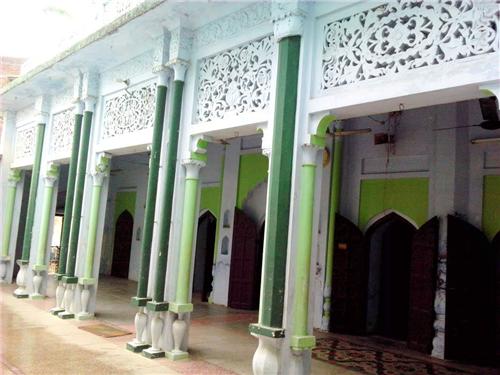 As was mentioned before, Sambhal has a 70% Muslim population owing to the town once being occupied by Turkish and Muslim rulers and, hence, Islam is widespread religion here. The town, therefore, has several mosques and the Turko Wali Masjid is one of the most popular mosques in Sambhal. It has marvelous architecture that is reminiscent of the Lodi and Mughal empires.

Jama Masjid, also known as Babri Masjid, is one of the oldest of monuments in Sambhal. A heritage site now, this mosque was built by Mir Beg in 1528 under the orders of Emperor Babur. What makes it even more historic is the fact that Babur himself had apparently laid down the first stone of this mosque, thus, making it a place that is engulfed in history. This mosque exudes a sense of calm and is reminiscent of the typical Mughal style of architecture.

The mosque is well maintained and is a must visit tourist attraction in Sambhal.

Sambhal is land locked and hence has no coastline. This means that there will be no beaches included in the geography. However, Sambhal has a lot of small ponds or talaabs that are surrounded by lush greenery.

From Big Ben to Mecca clock tower, the victorian and Elizabethan style of displaying time has always been a very popular concept. One such clock tower is present in Sambhal that is said to have existed since a very long time. It’s a red and white building with the top hosting the clock on all four faces of the building. Although it has undergone a lot of exterior deterioration, the tower is still a great architectural piece that adds glitz to this small town.

This is a popular temple dedicated to the Sun god.

This temple is dedicated to Lord Shiva.

Although regarded as a tourist spot, the tota and maina kabr is more relevant as an urban wonder as it is enshrouded in mystery. Many historians have tried to unearth its meaning and relevance but have failed. It’s an open tomb that is instilled on a patch of grass and seems to have writings on it but nobody is sure of how it got there or who was responsible for it. It seems to be quite old and might even be several centuries old.

Chakki ka Paat refers to the traditional stone grinder. It was used in the olden days to grind food ingredients since electric mixers and grinders were not available. These traditional grinders are generally very heavy as they are made out of stone and it takes a lot of effort to use them. But one man from Sambhal, popularly referred to as ‘Nut’ is said to have been quite acrobatic and performed several gravity defying stunts. He had the capacity to jump to great heights without any outside help. It might sound like something that you would read about in the Ripley’s believe-it-or-not book and surely this man have all the skills to make his way into any such book. One fine day, he decided to hold a chakki ka paat in his hands and jumped with it to a great height without any help or support. He managed to reach the height of a whopping 50 feet and hung the stone grinder on top.

This feat is regarded as being impossible to be achieved by a human being yet this man successfully accomplished the feat and found his way into the record books. Visitors can now visit the spot and have a look at it for themselves to believe it.

These form the main tourist attractions of Sambhal and the humble town definitely deserves a visit as it holds the key to several thought provoking and religion evoking sites and monuments.

Sambhal is dominated by Muslims who form 70% of the population here and, therefore, most of Sambhal’s food is typical Muslim food. Several eating joints offer unique cuisine that will surely tingle your taste buds.

Sambhal being a tehsil in Uttar Pradesh, is quite a small town in terms of geographical area and, therefore, its various tourist places can be easily covered within a day, provided you dedicate a good 11-12 straight hours. The following is a one day itinerary for Sambhal. 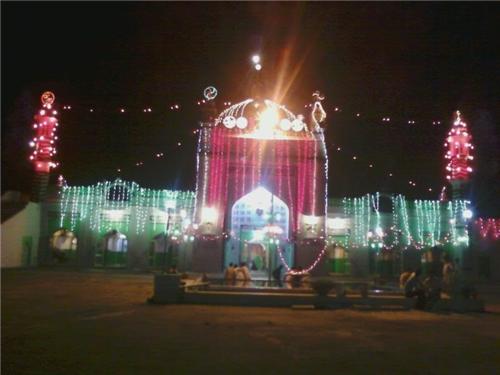 Distances from Major Cities to Sambhal

Find here the list of the distances between major cities and Sambhal with their approximate time to reach Sambhal.

Are you a Business Owner?

Add the products or services you offer